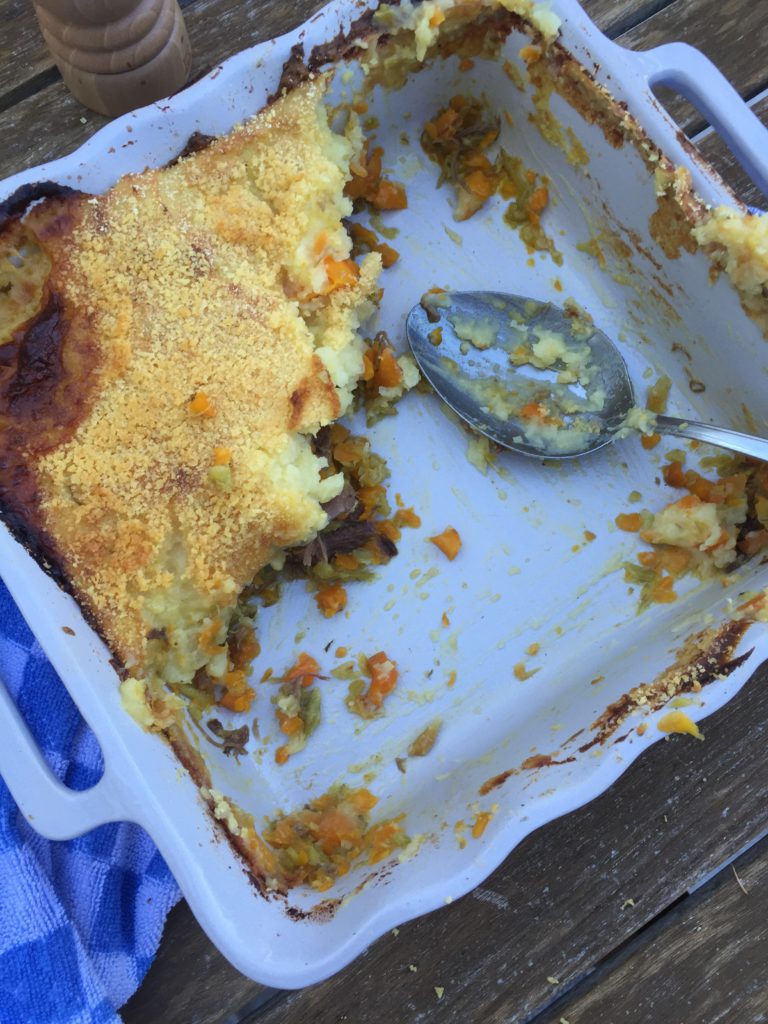 The dish is named after one of the ingredients (hachis means shredded meat) and after Antoine Parmentier. Mr. Parmentier was the man who introduced the humble potato at the French tables during the famine around the French Revolution. He was a military apothecary and became a prisoner of war from the Prussian army. During his captivity he and his fellow prisoners were fed nothing but potatoes. When Antoine returned to France the population was starving and the government organized a contest to find a solution to feed the people. Parmentier entered the contest, remembering how well he had done on his potatoes only diet in Prussian and won. Potatoes were known in France but were considered a low quality food only to be given to animals. Thanks to Parmentiers efforts potatoes became the main food source for the French people in the 1800’s. M. Parmentier died in 1813 in Paris where he is buried at the Père-Lachaise Cemetery in the 20th arrondissement. You can still visit his tomb there along the one of Frederic Chopin, Jean de La Fontaine and Oscar Wilde. And while you are in Paris you can see a statue of Antoine Parmentier, handing out potatoes to the people, in the Metro station Parmentier (line 3). Credit where credit is due… 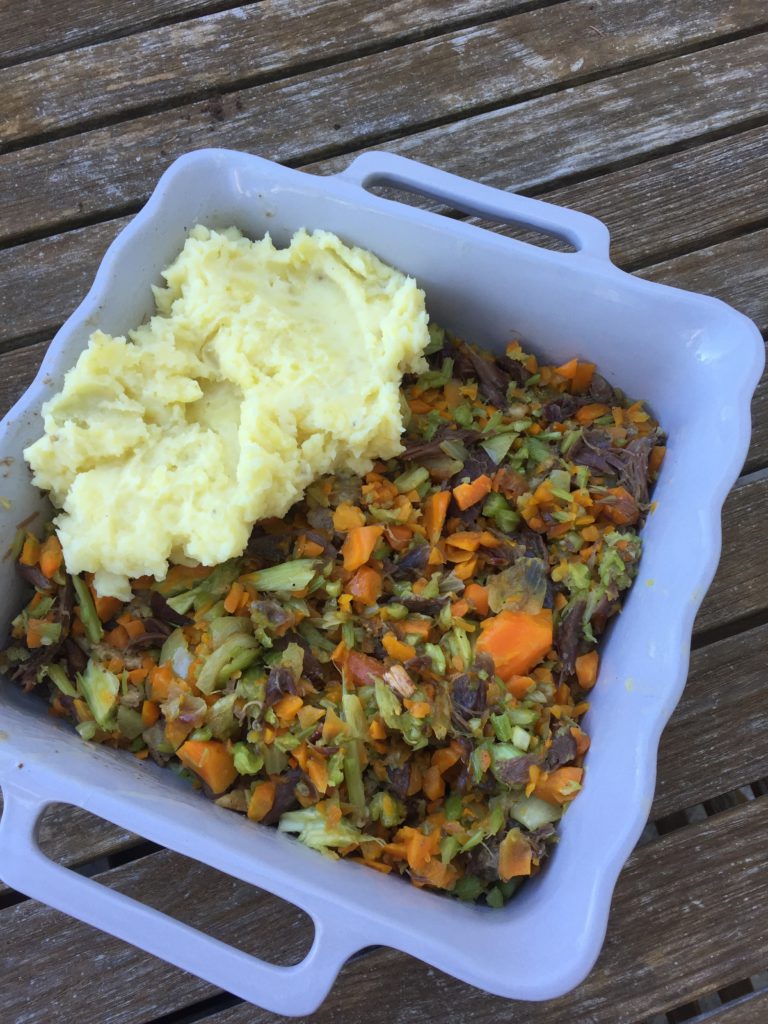 Confit de canard is a traditional dish from the South West area of France where I live. Duck legs are cured in salt and then slowly poached in duck fat with a few basic seasonings. It is a traditional method of preserving duck (confit comes from confire meaning preserve) and quite a tedious task although the result is very rewarding. Luckily you can buy duck confit easily in cans or jars. The flavour is rich and gamey and the meat is relatively fat. 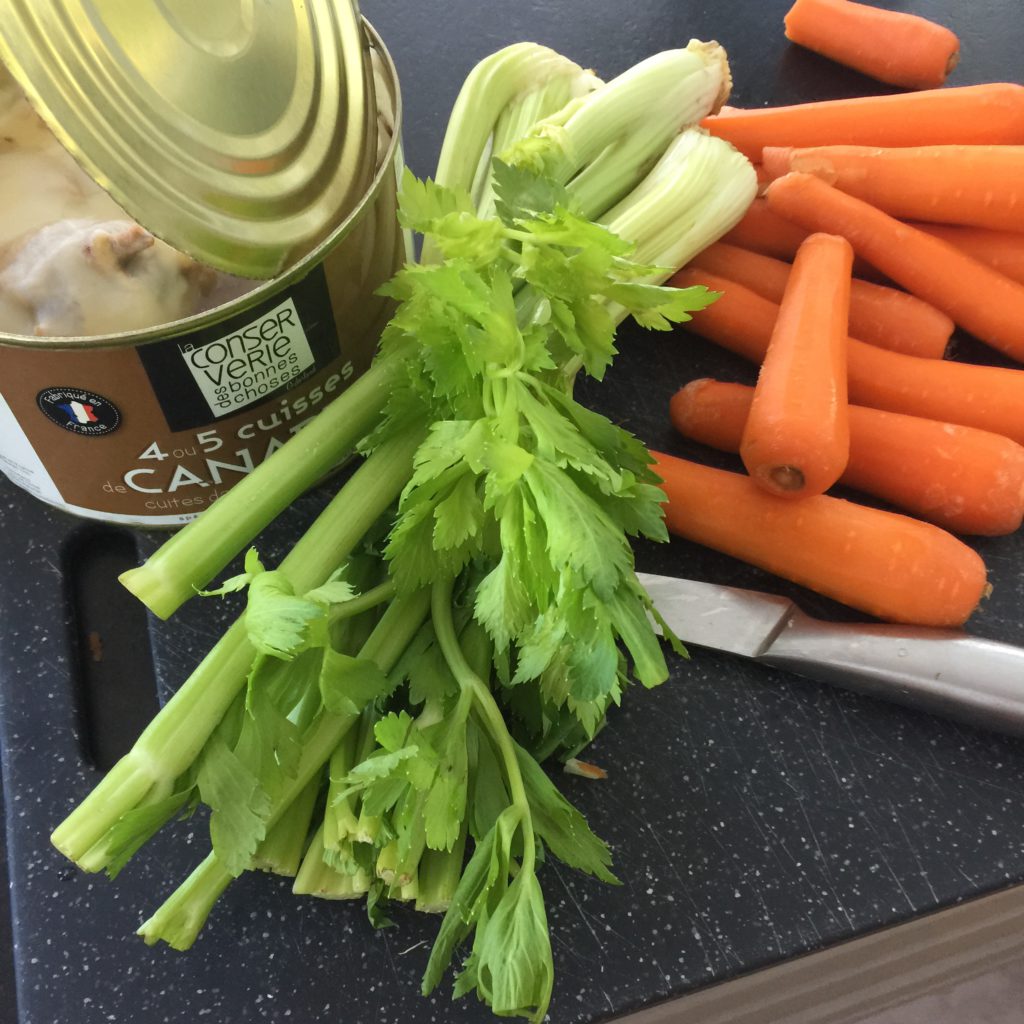 I’ve said it before and I’ll say it again: one of the easiest rules for wine pairing is to choose a wine from the same region as your ingredients. With duck confit as a main ingredient I will stay in the South West area to pick a wine. Because the dish is rich and fatty, a tannic, firm wine will pair well. A cru bourgeois from Saint Estephe could be a great choice. A recent year like 2011 or 2012 has power and fruit to balance the Hachis Parmentier. Steer clear from the top St Estephes like Chateau Cos d’Estournel or Chateau Montrose because they can age over 20 years to reveal their true beauty. To open a recent vintage would be a shame. There are many chateaux in the Saint Estephe appellation classified Cru Bourgeois you can drink young and they will make a great pairing with Hachis Parmentier. If you want to be a bit more adventurous a red wine from the Cahors region will also make a great match. Cahors wines are dark full-bodied wines with Malbec being the main grape variety. These rustic wines will also accompany your Hachis Parmentier with duck confit very well. 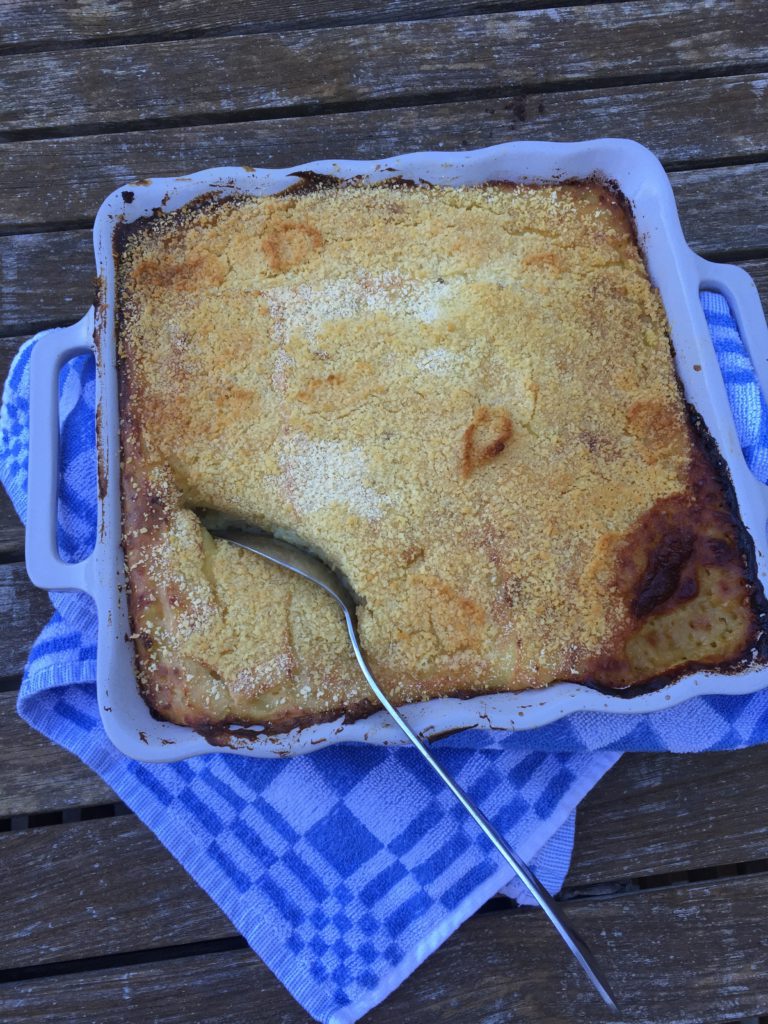 Peel the sweet potatoes and cut in chunks. Cook in salted water for about 20 minutes until tender. Drain the potatoes and add the butter to the pan. Using a fork or potato masher transform into a mash. It is ok if you still have some small chunks here and there. Add a bit of milk if the mash needs it. Add salt, pepper and nutmeg to taste.

For the next task I recommend wearing kitchen gloves (I use small plastic freezer bags) because confit de canard has a very distinct smell that is not easy to wash off your hands. So wearing your gloves or plastic bags take the duck legs out of the fat and peel the meat away from the bones. Discard the skins. Tear up the meat in small bits. Save a tablespoon of duck fat to braise the vegetables. (The fat that remains in the can keeps well in a closed jar in the fridge and is excellent for baking potatoes.)

Clean and cut the vegetables: The onion, carrots and zucchini in small dices. Cut the leek and celeries in slices.

Heat the duck fat and add the onions. Once they start to glaze add the leeks. After a few minutes add the carrots and celery to the mixture. Add the duck meat and heat through. Add some pepper to taste. Because confit de canard is already salted it is not necessary to add extra salt. Grease a large casserole with some duck fat (use a paper towel to do this) and spoon a nice layer of vegetables and duck on the bottom of the casserole. Best to use a slotted spoon for this so you can discard most of the duck fat. Top with the sweet potato mash. If you want you can do all this up to 2 days in advance. In that case you cover the casserole with plastic foil and keep it in the fridge until the evening of you dinner party. When you are ready to continue, cover the casserole with breadcrumbs and some dabs of butter. Place the casserole in a hot oven (180ºC) for 15-20 minutes until the top is golden and crunchy. (45 minutes if the casserole was prepared in advance and cooled) 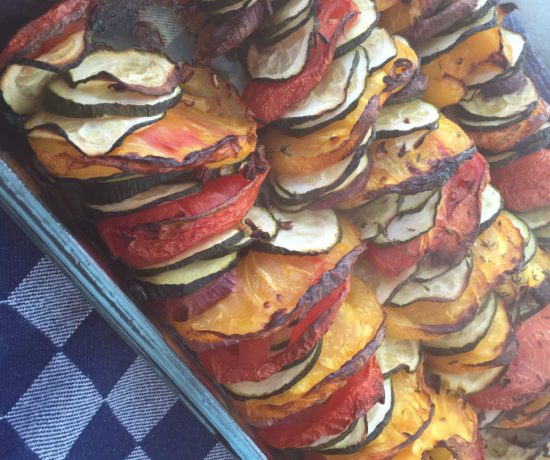 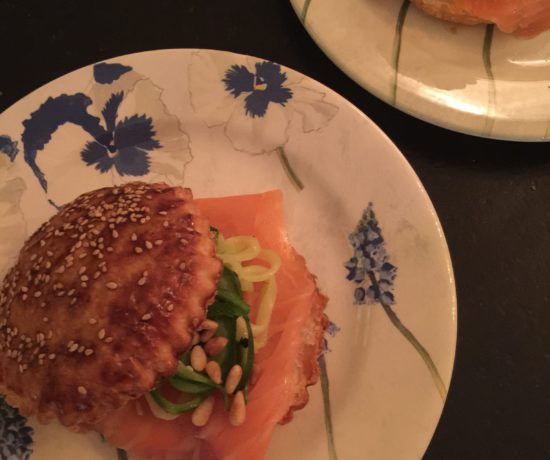 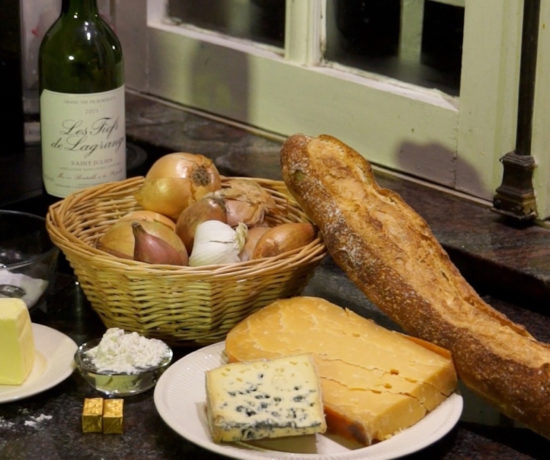 A humble soup with royal origins